New visa rules introduced last month that allow expatriates aged over 55 to retire in the UAE could boost the life insurance sector in the country.

In September, the UAE government approved a law that will allow expats to stay in the emirates after they retire provided that they own a AED2m ($545,000) property, or have at least AED1m in savings, or an active income of at least AED20,000 per month. The law is set to be implemented in 2019. The visa is valid for five years with the possibility of renewal for retirees who still meet the eligibility criteria.

Speaking to Zawya in a phone interview, Mr Issam Kassabieh, senior financial analyst at Dubai-based financial services company Menacorp, said the new arrangement could encourage insurance companies to design “life insurance products that will be like investment packages, with returns in exchange of monthly premiums”.

The new visa regulations are among a number of recent moves made by the government to encourage more expats – who make up a majority of the population— to stay longer in the country. Plans have already been announced for 10-year visas to be issued to certain individuals such as doctors, engineers, entrepreneurs and innovators. A temporary, six-month visa for jobseekers has also been announced to help more UAE residents find work while remaining in the country, without having to leave once their job-linked visa expires. The measures are aimed at boosting an economy that witnessed a slowdown in growth following a sharp drop in oil prices that began in 2014.

Mr. Georges Chidiac, UAE Country Manager and Senior Vice President of SAICOHEALTH, said,“It’s too early to gauge precisely what the new law will mean for insurance companies, although we can expect the law to be good news for healthcare providers and UAE residents as it will spur investment in the sector.”

“Whether health insurance for retirees will be mandatory remains to be seen, but either way, the new retiree law should drive innovation right across the healthcare insurance divide. An array of new services will be required to manage health cases and diseases management; we will see much more tracking between insurers and providers,” added Mr. Chidiac.

Rising to the challenge

Georges Chidiac, General Manager and SVP, SAICOHEALTH, explains why data standardisation, transparency, cybersecurity and mergers & acquisitions are top of the agenda for the G… 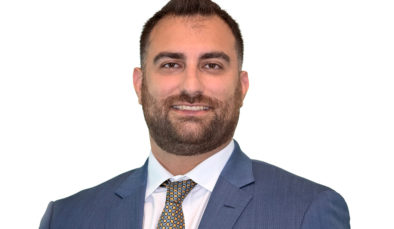 Raising the bar in healthcare

Specialized centres of excellence key to meeting GCC healthcare goals By Georges Chidiac, Senior Vice President and General Manager, SAICOHEALTH. The below article has been publish… 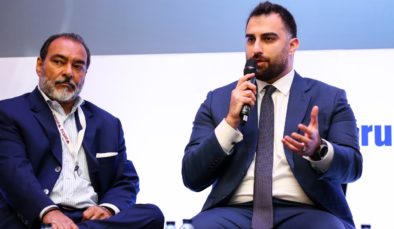 Transparency in cost vs. service price and alignment on quality metrics are essential cornerstones that require common agreement between payers and providers in order to reach heal…

We use cookies on this site to improve your website experience, enhancing also site navigation and experience, analysis of site usage and assistance in our marketing efforts. By clicking “Accept” or continuing to use this site you consent to our use of cookies.
To find out more, read our Read More.
ACCEPT Reject
Privacy & Cookies Policy
Necessary Always Enabled
Non-necessary